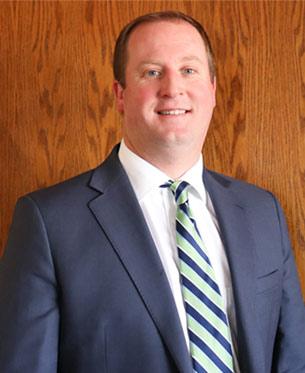 Billy joined the family business in 2008 after practicing law as an associate in the Oklahoma City office of the law firm Crowe & Dunlvey, P.C. where his practice was focused on Corporate, Securities and Tax law.  Billy is a licensed attorney and was admitted to practice law in the State of Oklahoma in 2004. He received his undergraduate degree from Southern Methodist University with a Bachelors of Business Administration in Finance.  He later attended Oklahoma City University School of Law and received his Juris Doctor in 2004, graduating magna cum laude. Later in 2005, Billy graduated from the New York University School of Law where he received his L.L.M in Taxation.

Billy is involved in all aspects of the family business and takes care of all the legal and tax planning for all entities.  He spends most of his time running the family oil and gas interests of Garrett and Company Resources, LLC and Co-manages the operating oil and gas entity Gulf Exploration, LLC.